> Our Charity > Our History 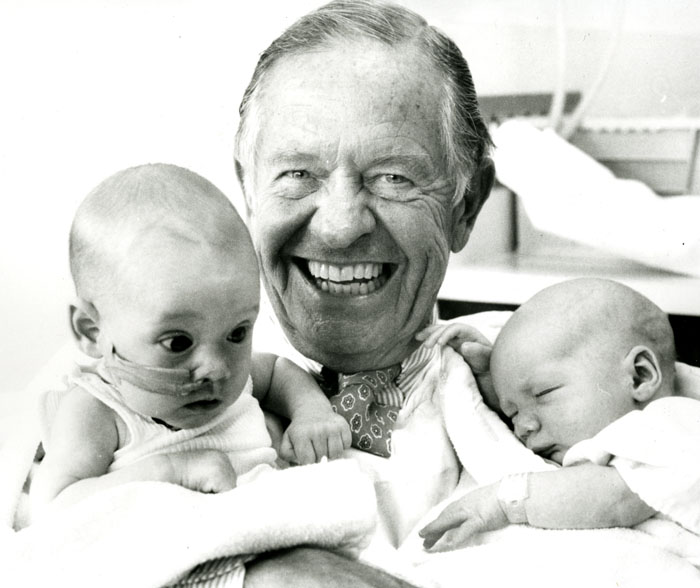 The story of the Brazelton Centre UK, our people and our activities developed alongside big shifts in thinking about newborn babies and what they could do. We have been proud to be the voice of newborn behaviour in the UK over many years and we will continue to be inspired by pioneers, such as Dr. Brazelton, well into the future. 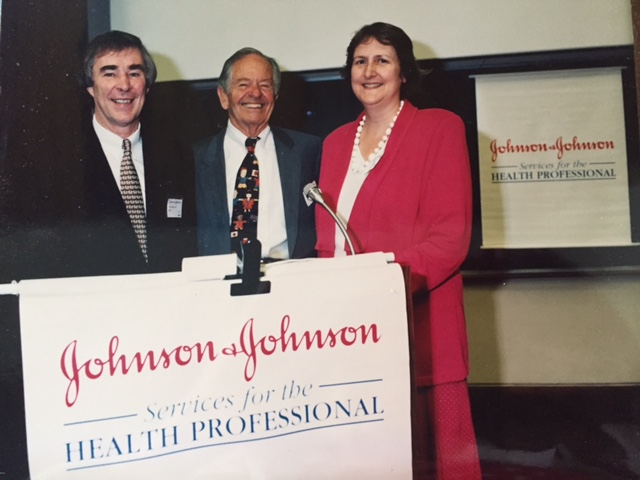 Dr. Nugent, Dr. Brazelton and Dr. Joanna Hawthorne at the launch of the Brazelton Centre in Great Britain, 23rd June, 1997

2019– Launch of the Eileen Hayes Fund 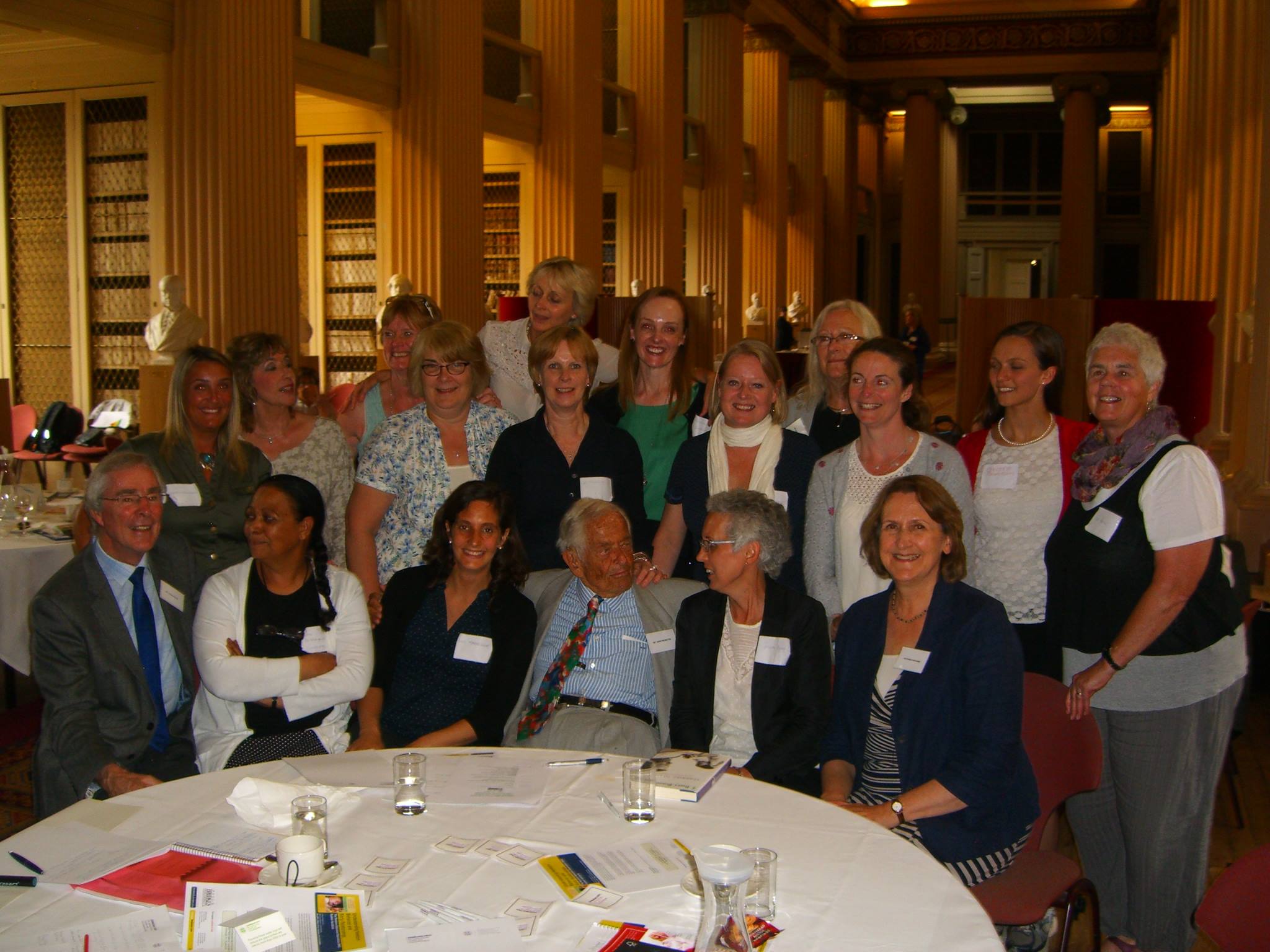 Our charity’s name, our activities and our passion are all inspired by the extraordinary Dr. T. Berry Brazelton.

Dr. Brazelton, Professor Emeritus at Harvard Medical School, was one of the most influential pioneers in the field of Paediatrics and Child Development.  His ground-breaking approach was one of the first in medicine to look at the strengths of the baby.

Dr. Brazelton contributed to an entirely new understanding of newborn babies—their behaviour, their temperament and their interactions with family and other caregivers.  His findings and ideas, many of which are now fully integrated into mainstream research and practice, were ahead of their time and faced considerable opposition from the medical establishment of the early 1950s. 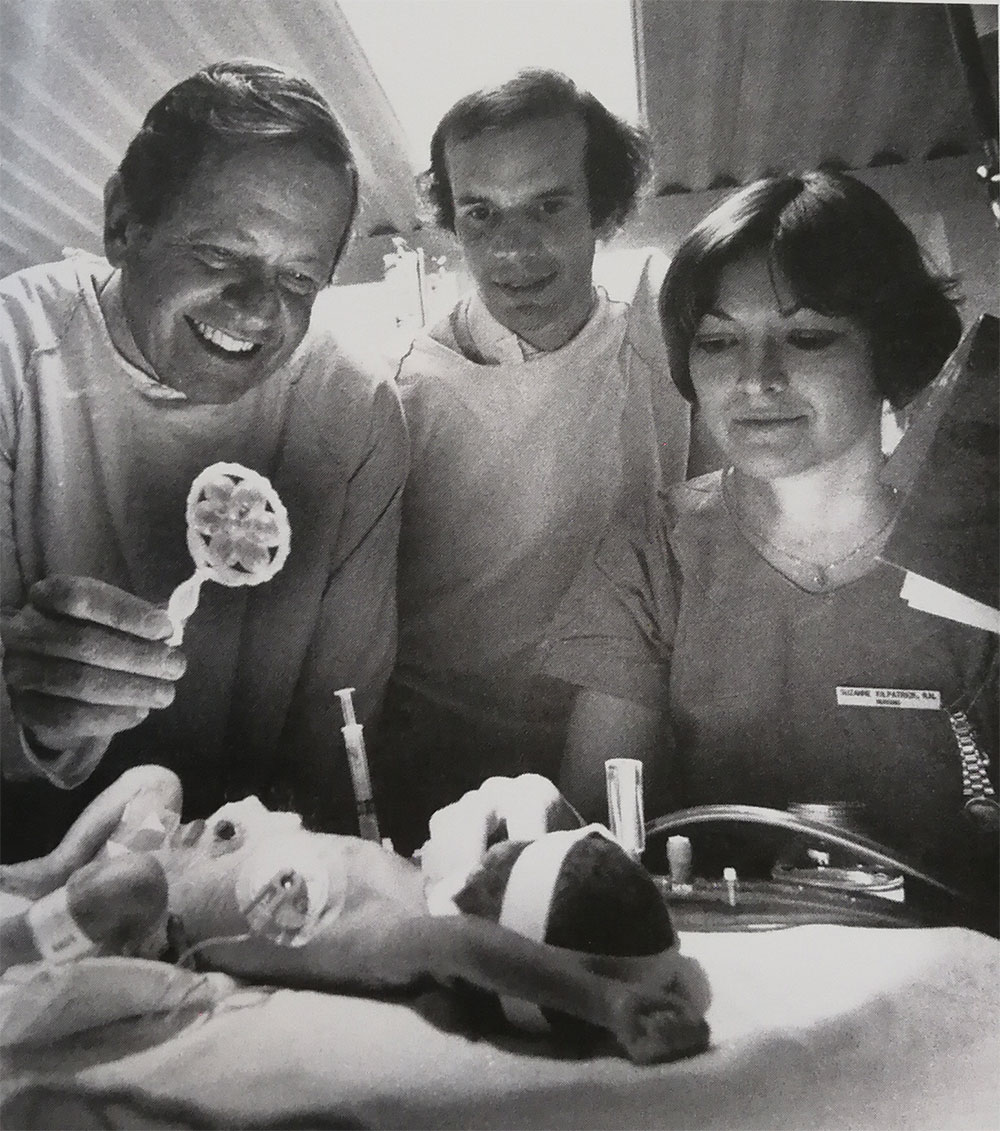 His accomplishments and influences were far reaching including clinical work, research, and lecturing. As author and co-author, he published more than 30 books and 200 scholarly papers. He was also a tireless force in national affairs in the field. In 2013 he was awarded the Presidential Citizens Medal, the USA’s second highest civilian honour.  Dr. Brazelton founded the Brazelton Touchpoints Center® of which there are now more than 180 sites in 33 states of the USA. These teaching sites have a multidisciplinary approach and are dedicated to using his teaching principles to increase parents’ knowledge of baby development to enhance the parent-baby relationship. 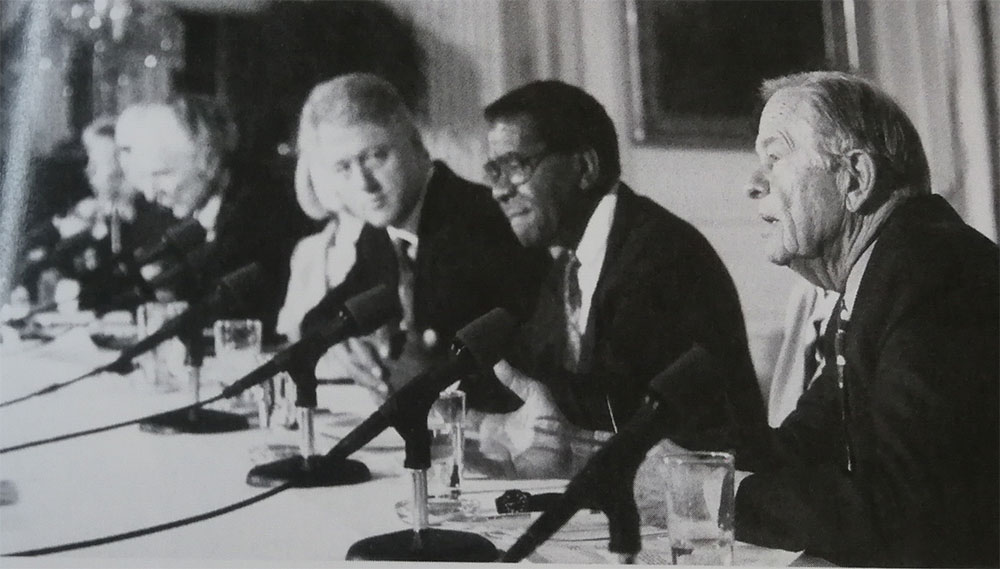 One of Dr. Brazelton’s most notable achievements in paediatrics was his Neonatal Behavioural Assessment Scale (NBAS), which is now used worldwide in research and in clinical interventions to facilitate parent-infant understanding and interactions.

We were honoured to have Dr. Brazelton launch our charity in 1997 and for his support over the years. We were deeply saddened to learn of Dr. Brazelton’s death on Tuesday 13th March 2018, just 2 months before his 100th birthday.

It is undeniable that Dr. Brazelton will be missed in a profound way, but it is also certain that he leaves a passion, vision and legacy that will have babies understood, parents heard and professionals inspired for generations to come. 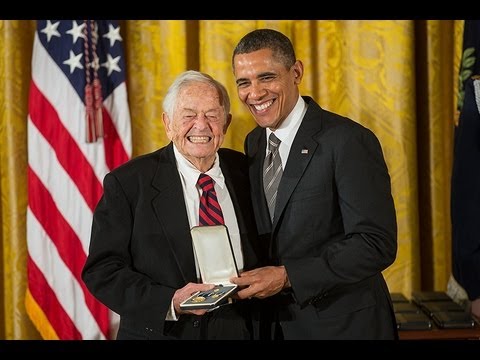 A Short History of Newborn Behaviour, the NBAS & the NBO

From blank slate to an individual little person!

Up until the 1960’s, newborn babies were seen as passive organisms, who could not see or hear and could only respond to the environment with innate reflexive responses.   There was little evidence that babies could learn in first few weeks and even months of life.

In 1959 Peter Wolff identified that newborns have six behavioural states and a baby’s behaviour has an organised structure; it isn’t random or simply reflexive.

Three decades of research have shown that from birth, babies have many capabilities:

In 1963, Robert Fantz demonstrated that newborn babies not only can see but also have clear visual preferences.

Additionally in 1963 Michael Wertheimer showed newborn babies could orient towards a sound as early as 10-minutes-old (we now know babies orient to sound in the womb!).

It was Dr. Brazelton’s own clinical experience and research in the 1960s, which led to a breakthrough in the understanding of newborns.  It was his argument that newborn babies were unique, with their own individual style of responding.

Along with other collaborators, Dr. Brazelton produced a body of research confirming newborn babies had powerful innate reciprocal communication abilities and these could be reliably coded. 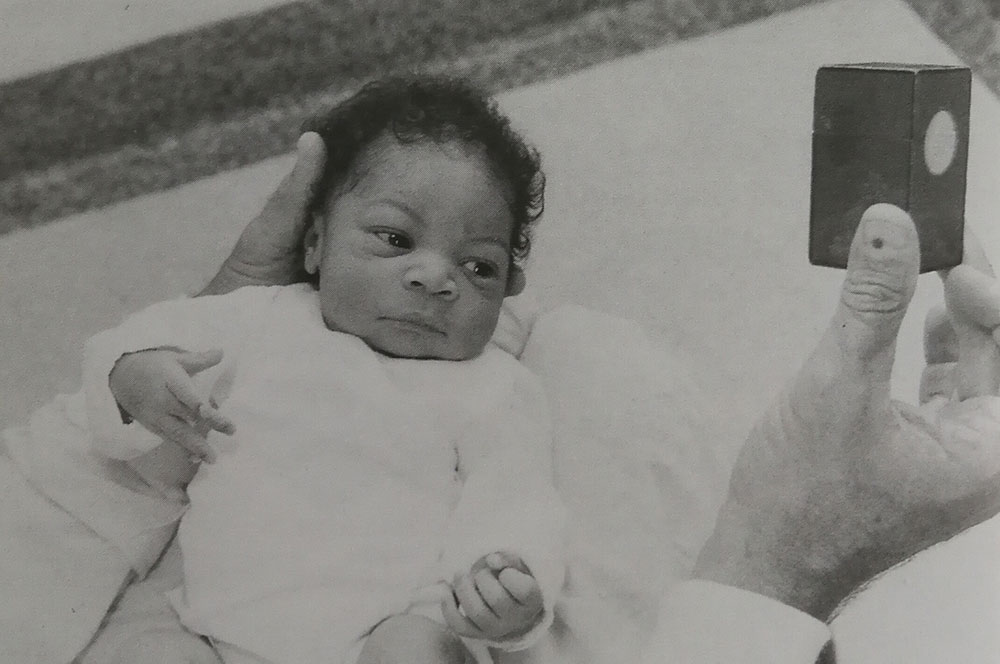 In 1973 Dr. Brazelton published the Neonatal Behavioural Assessment Scale, which provides a comprehensive description of newborn competencies and individual differences in newborn behaviour, which could be coded by different practitioners and researchers with a high degree of reliability. It was the first strength-based newborn assessment which did not only focus on testing for abnormalities. 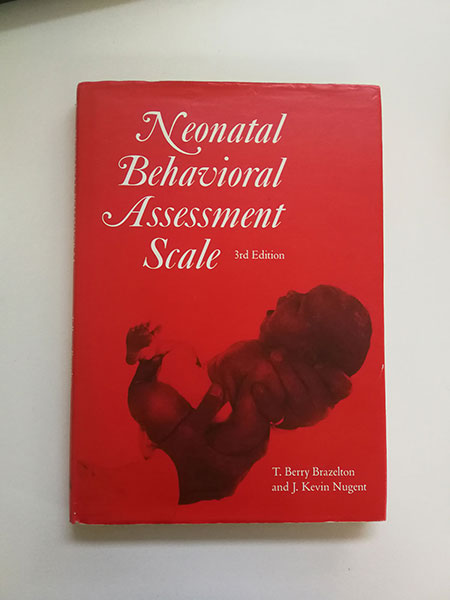 Published in 2007 by Professor J.Kevin Nugent and four colleagues from the Brazelton Institute, Boston, the Newborn Behavioural Observations system was based on decades of research and clinical practice with the NBAS. Studies by Dr. Brazelton and Dr. Kevin Nugent showed that demonstrating the newborn babies’ behavioural capabilities to parents could help parents learn about their new baby, thereby strengthening the relationship between parent and child.   These findings encouraged the development of the NBO as a tool that clinicians could use to support the parent-baby relationship. 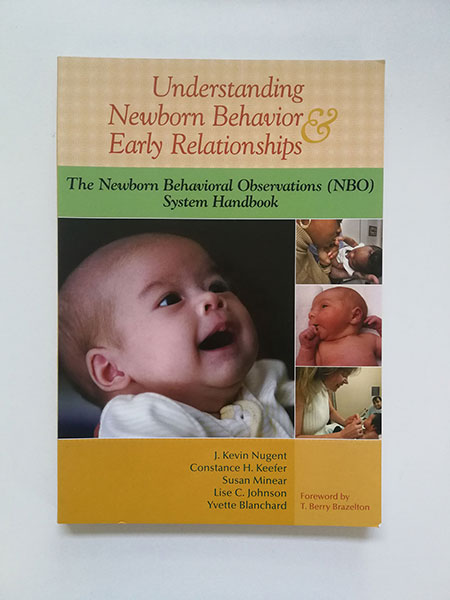